What Does FPS Mean? 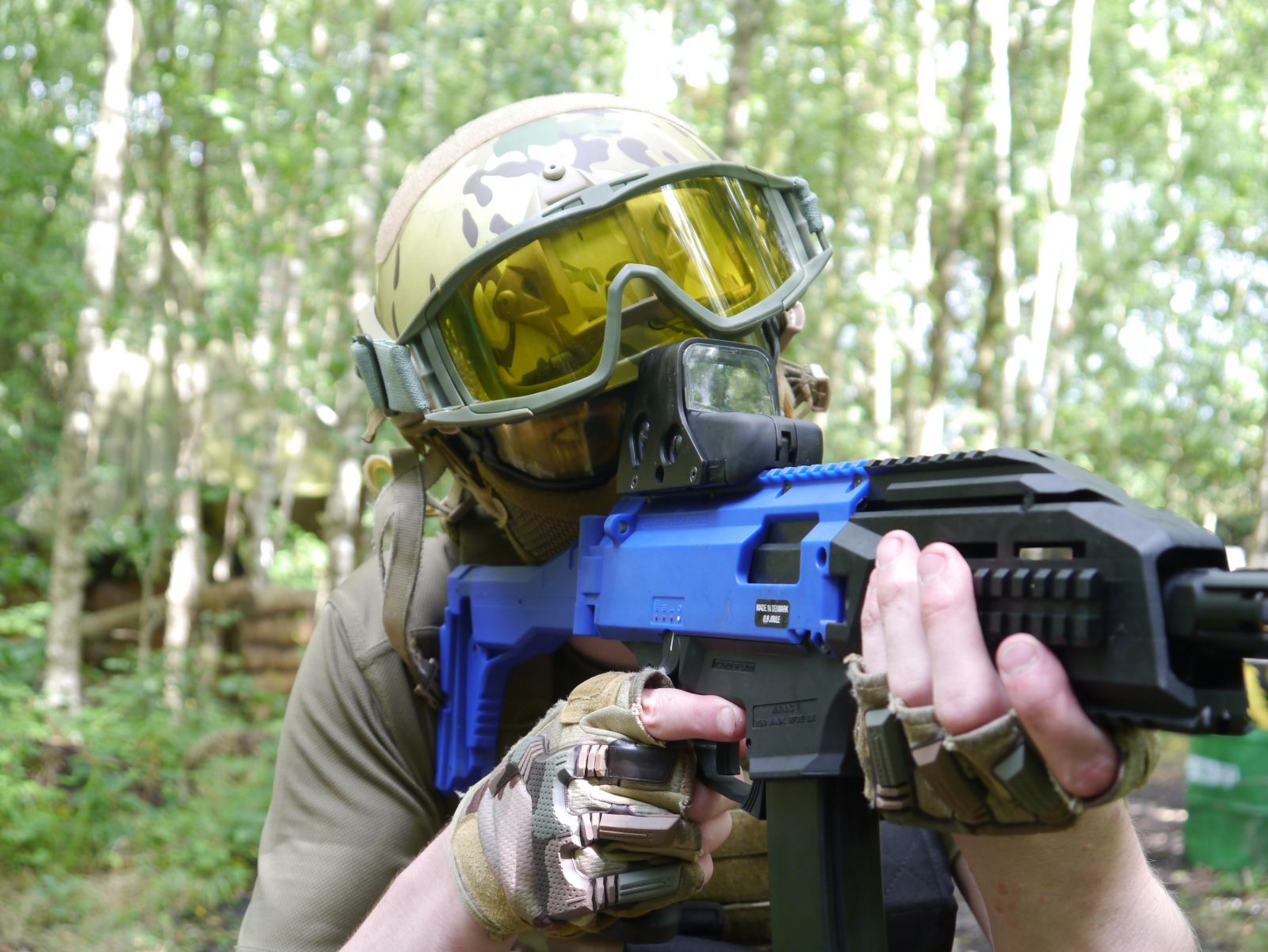 What Does FPS Mean?

So, you’ve just played your first airsoft game and you’re hooked, now you’re looking into purchasing your first gun. But where to start?

You’ve probably heard the term FPS used, so let’s take a look at what it is and what it means in airsoft. We’ll look at what the FPS rating for an airsoft gun is and answer other common questions such as does it shoot further? Does it shoot faster? Can I increase it?

All of that and more will be revealed. Keep reading to find out everything you need to know about FPS in airsoft.

Feet per second (FPS) is the primary way of measuring the speed of the BB which is shot out of your airsoft gun. Without stating the obvious, it’s the measurement of how many feet your BB will travel through the air per second. A typical airsoft gun will be able to shoot a 0.20G BB around 50-80 metres.

Other important measurements are the Joules (or force) of the BB. The number of joules is determined by the speed (FPS) and weight of your projectile (BB). This is an incredibly important measurement as it can affect the overall performance of your rifle. That being said, there are many different factors which can influence the speed and distance that your BB travels through the air.

The internal parts also determine how fast the BB will leave the gun, as your barrel and hop rubber have a very important effect on range and accuracy. The weight of the BB is another important factor. 0.20g BBs are the standard BB pellet, but other weights are also used. At Urban Airsoft, we sell a range of BBs which have different weights, materials and uses.

What Are the Typical FPS Measurements?

Here at Urban Airsoft, we sell every type of legal airsoft gun you might need, including rifles, pistols, sniper rifles, shotguns and more.

The location of your airsoft site will also determine your FPS limits according to both the site and the country’s legal limits. Between Western Europe, the United Kingdom and the rest of the world there are different limits on the maximum FPS per airsoft gun.

In 2017, a set of laws and legislation was introduced throughout the United Kingdom. The Policing and Crime Bill received some significant changes, and that changed the way that airsoft guns were treated by UK law.

As a result, the most common airsoft site limits were established as follows:

All of these FPS speeds assume a 0.20G BB is being used. It’s worth noting that these site limits are still below the legal UK limit for airsoft guns.

Many different types of guns will have different FPS ratings. It’s important that you check what the rating is before you purchase your new airsoft gun, and make sure that it will be permitted in airsoft games, wherever you’re playing. We say this because certain models go all the way up to an incredible 720fps. Before making such an expensive outlay, it really does pay to check where and when it could be used.

So, is FPS the Most Important Airsoft Gun Feature?

No – we’ve mentioned how relevant the FPS of your gun is, but there are also several internal parts which play a vital hand in how your airsoft rifle performs.

You’ll want to consider the brand, the type of gun and its versatility. Many airsoft guns have specific purposes in game play, and you want to buy the most appropriate gun. Some guns may be purchased for specific game modes, while other guns will provide the flexibility needed for a ‘coverall’ approach.

Is your gun compatible with a range of BB sizes and materials? Is it within the legal limits? Quality, accuracy and performance are important factors which should be considered along with FPS.

If you have any doubts about the FPS rating of a gun you’re interested in, don’t hesitate to get in touch with our knowledgeable team. As well as being able to confirm whether or not the FPS rating is right for you, we sell and stock every type of airsoft gun you could need, if it isn’t in stock currently we can also order some rifles on request.

And, of course, if you’re looking to organise a game of airsoft at our Wakefield site, just get in touch.

Got a question? Why choose Urban Airsoft

Here at Urban Airsoft Mega Store, We guarantee to try and match any like-for-like price on any product shown on our online store, subject to T&C's.

We aim to SHIP your purchase within 2 business days, usually less. If this is not possible, we will contact you as soon as we can.

Our professional two tone service usually takes up to 3 working days, the spray will cover 51% of the replica.

Do you need to speak to a member of our team?

We’d love to hear from you – whether you need help sourcing that specific product, or want some advice on the best products to suit your requirements, our expert team are on hand to help.